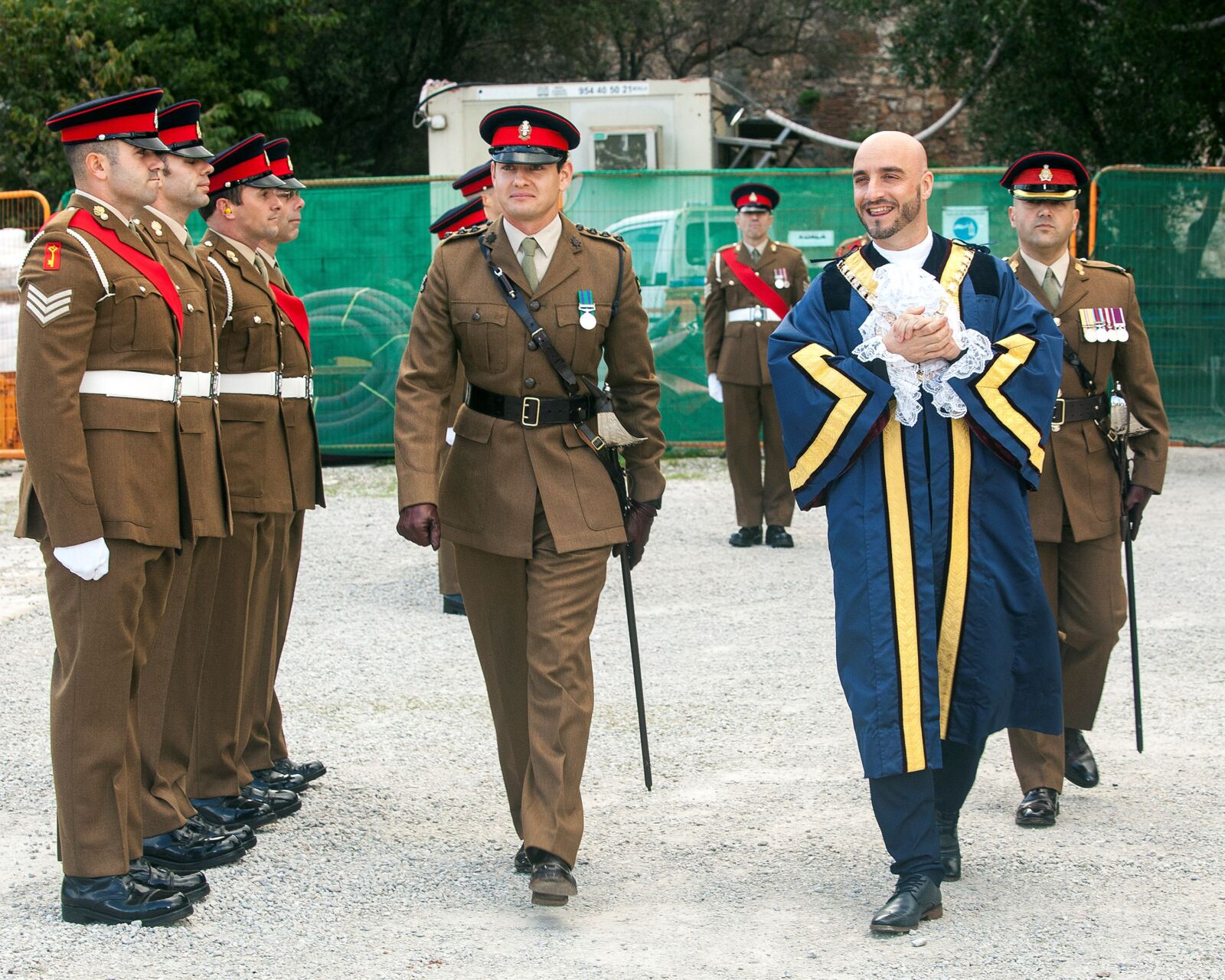 A Royal Gun Salute was fired by the Royal Gibraltar Regiment to mark the 70th Anniversary of the Accession to the Throne of Her Majesty Queen Elizabeth II.

His Worship the Mayor, Mr Christian Santos GMD was invited to be the Inspecting Officer, hosted by the Regiment’s Battalion Second-in-Command Major Timothy Cummings and Gun Position Officer Captain Richard Dagger, with the Officers and Warrant Officers of the Regiment joining at Grand Battery House to mark the occasion.

The salute lasted just over three minutes as officers stood to attention.

His Worship gave a short speech expressing he was honoured to have been asked to take part in this occasion, and on behalf of the people of Gibraltar, wished Her Majesty continued good health and many more years on the throne.