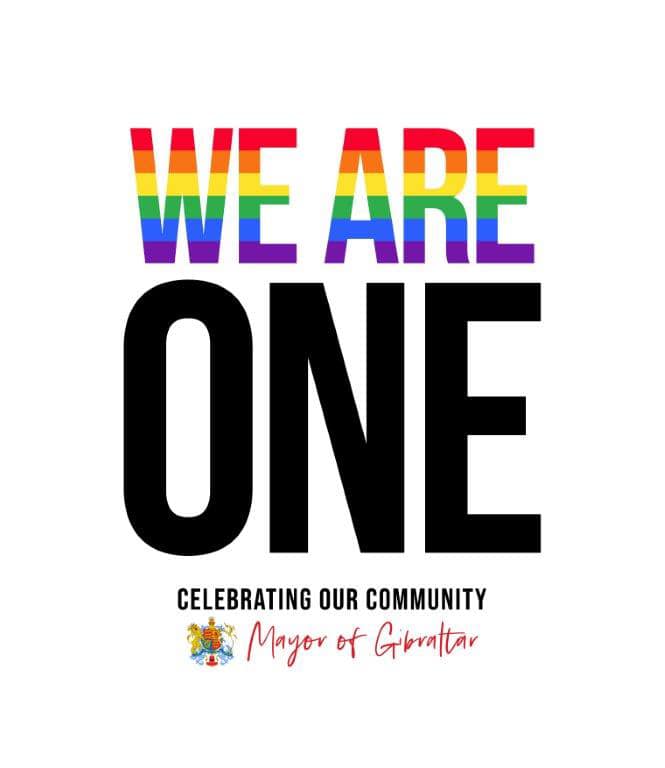 His Worship the Mayor, Mr Christian Santos GMD will be hosting a series of events on Monday 28th June 2021 at the City Hall, to mark Gay Pride. His Worship is keen to foster a spirit of inclusivity and openness in our community, as part of his ‘We Are One’ campaign, and the days’ events will seek to engender in participants and guests a feeling of acceptance and belonging.

One of the activities taking place will be the setting up and manning, by the Gibraltar Youth Service, of a special Photo Booth located outside the City Hall, from 1200 – 1400. His Worship invites companies and individuals who would like to join in and show their support for the LGBTQ+community to come and have their photo taken. Pride is not just about the LBGTQ+ community, it is also about those allies who stand by and support. Companies or individuals wishing toparticipate are requested to contact the Mayor’s Office via email mayor@gibraltar.gov.gi or Tel.20047592.

Also included in the day will be a presentation to His Worship, on the part of the Equality Rights Group (ERG), of a Stonewall artwork by local artist Allyson Attias. June has become the month to recall the historic Stonewall Riots. Marked by the worldwide LGBTQ+ movement, these riots broke out in Greenwich Village, New York City on the same day in 1969, after police raided one of the most popular gay clubs, prompting the regulars to fight back courageously in protest.

Finally, and as a culmination of the day, an evening reception for representatives of different local LGBT+ groups will be held at the Grand Chamber of the Mayor’s Parlour. Come and show your support on Monday 28th June, between 1200 – 1400, at the City Hall!