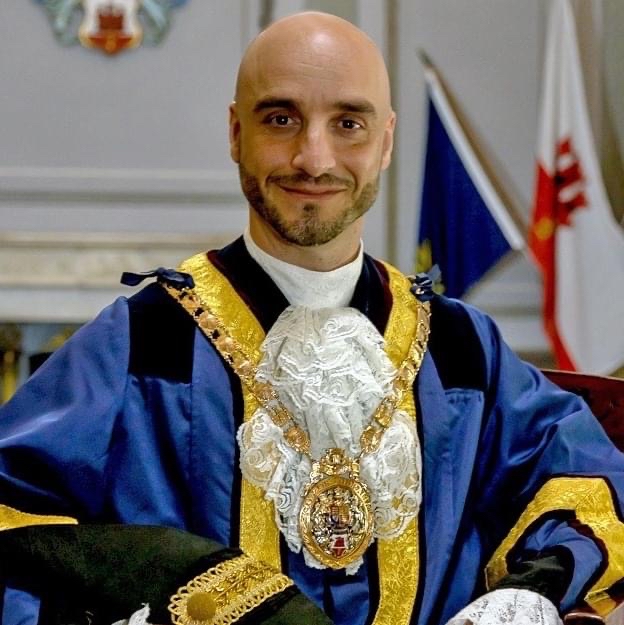 Gibraltar’s 19th Mayor, Mr Christian Santos GMD was installed during a moving ceremony of investiture held at the Mayor’s Parlour, City Hall on Tuesday 1st June 2021. Proceedings began with a farewell speech from the now former Mayor, Mr John Goncalves MBE GMD, and thereafter a speech by the Chief Minister of Gibraltar, The Hon Fabian Picardo QC MP. The Chief Minister went on to sign the Warrant, the key moment in the ceremony signifying the change of Mayor, and placed the Chain of Office on Mr Santos. The ceremony concluded with former Mayor Mr Goncalves handing the Key to the City Hall to Mr Santos who then presented the former Mayor’s Medal to his predecessor. In his first speech as the new Mayor of Gibraltar, Christian Santos spoke about his aim of making the City Hall a place where every Gibraltararian can feel at home, and the launch of his ‘We Are One’ campaign which will celebrate the richness and diversity of the Gibraltar community, where everyone is made to feel equal regardless of religion, background, gender, sexual orientation or race. 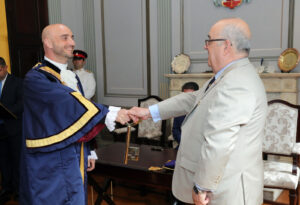 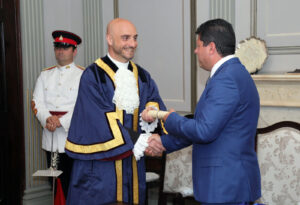 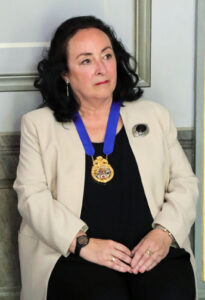