The Mayorality, Robes and Regalia

The Office of the Mayor enjoys a provenance of over seven hundred years and can be safely deemed to be one of the ancient and historic constitutional offices in Gibraltar.

Following the great siege of 1704 and after the siege of 1727, there was an attempt to obtain a civilian constitution for Gibraltar which was to include the position of Mayor. However it was not to be until the modern age, when in 1921 the Gibraltar City Council was established and led by a chairman. In 1955 the City Council proceeded to adopt a unanimous resolution, to the effect that the title of its chairman, vice chairman and secretary be changed to that of Mayor, Deputy Mayor and Town Clerk. The resolution was accepted by the Colonial Office of the United Kingdom Government and the necessary legislation introduced. The Honourable Sir Joshua Hassan became the first British Mayor of Gibraltar.

Subsequently, under the terms of the 1969 constitution, the elected members of the House of Assembly chose the Mayor of Gibraltar from amongst the Members of the Assembly other than the ex- officio Members.

The constitution of 2006 enlarged the pool of candidates who were eligible for appointment to the Office of the Mayor, by removing the restriction, which limited the same to solely Members of the Parliament. Accordingly today any citizen of Gibraltar may be called upon to serve the City in the Office of the Mayor.

Gibraltar’s Civic Robes follow in the tradition of the United Kingdom. The Mayor’s robes and regalia, including the Chain of Office, were purchased by public subscription in 1955 and continues to be in use to this day.

The Chain of office is a magnificent jewel of impressive quality, upon which, by tradition, all the names of the Mayors of Gibraltar since 1955 have been engraved, upon the individual alternate shield shaped links, which together with further links, in the form of a castle, compose the Mayoral Chain.

The Chain culminates with a large central badge, finely enamelled Arms of the Castle and Key of the City of Gibraltar and distinctively engraved in relief, in a semicircle, along the top section are the words “City of Gibraltar”. 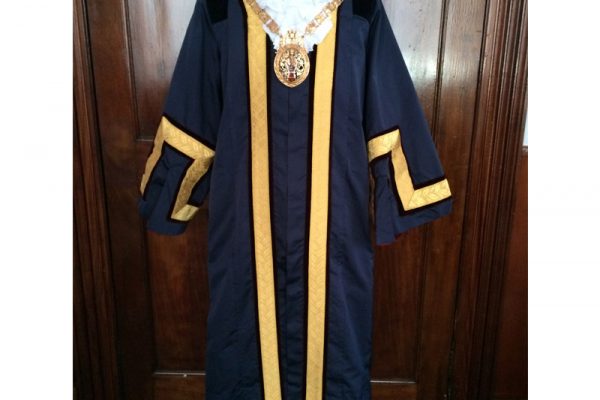 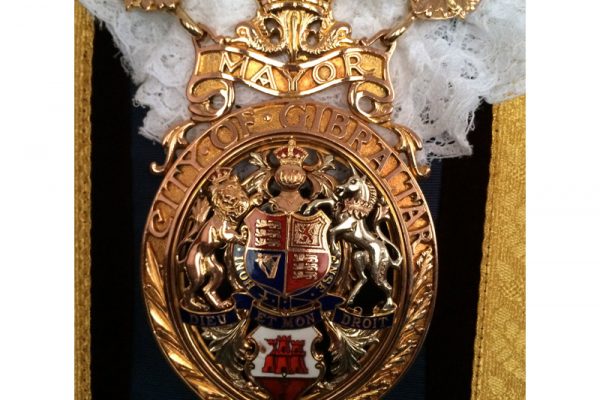 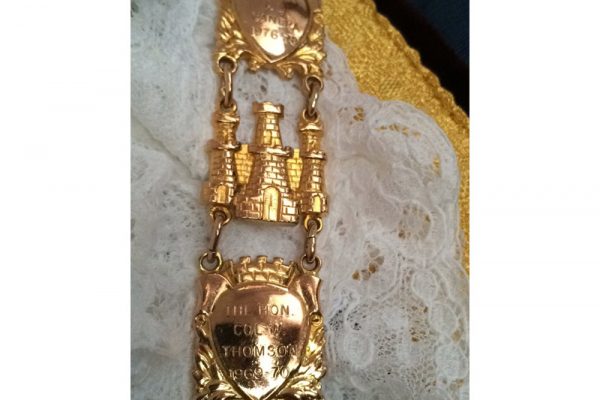 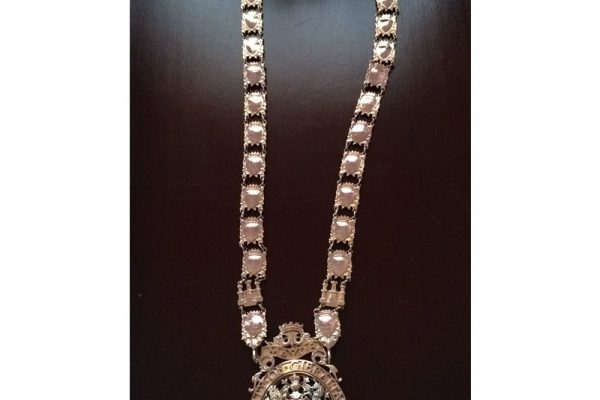