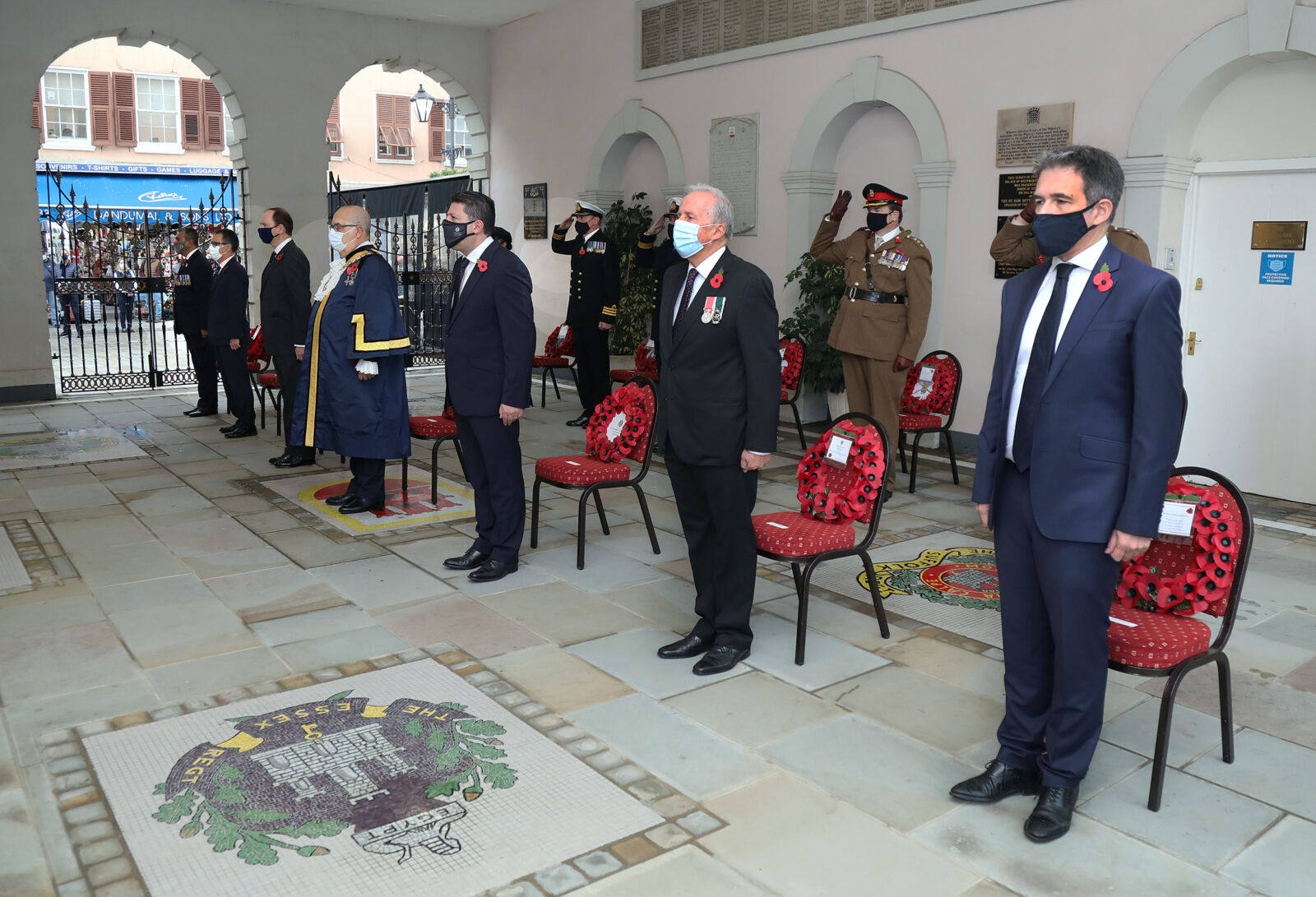 The Eleventh hour of the Eleventh day of the Eleventh month marks the signing of the Armistice to signal the end of World War One, ‘the War to end all Wars,’ on the 11th November 1918.
A ceremony to commemorate the 102nd anniversary of Armistice Day took place at 1100 on Wednesday 11th November at the Lobby of Parliament House, presided by His Worship the Mayor, Mr John Gonçalves MBE GMD.
On this occasion, due to the current pandemic, a reduced number of wreath layers participated. The traditional two-minute silence was marked by a Bugler from the Royal Gibraltar Regiment, sounding the Last Post and ending with the Reveille.
At the conclusion of the ceremony individuals representing essential services, veterans and other associations also laid a wreath at the Memorial. 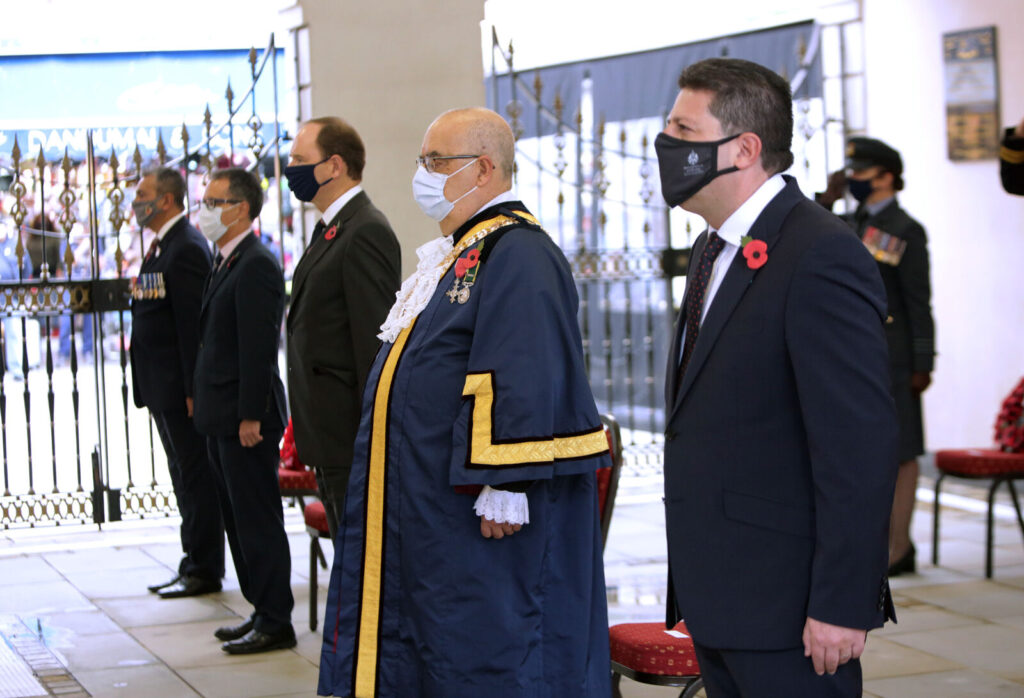 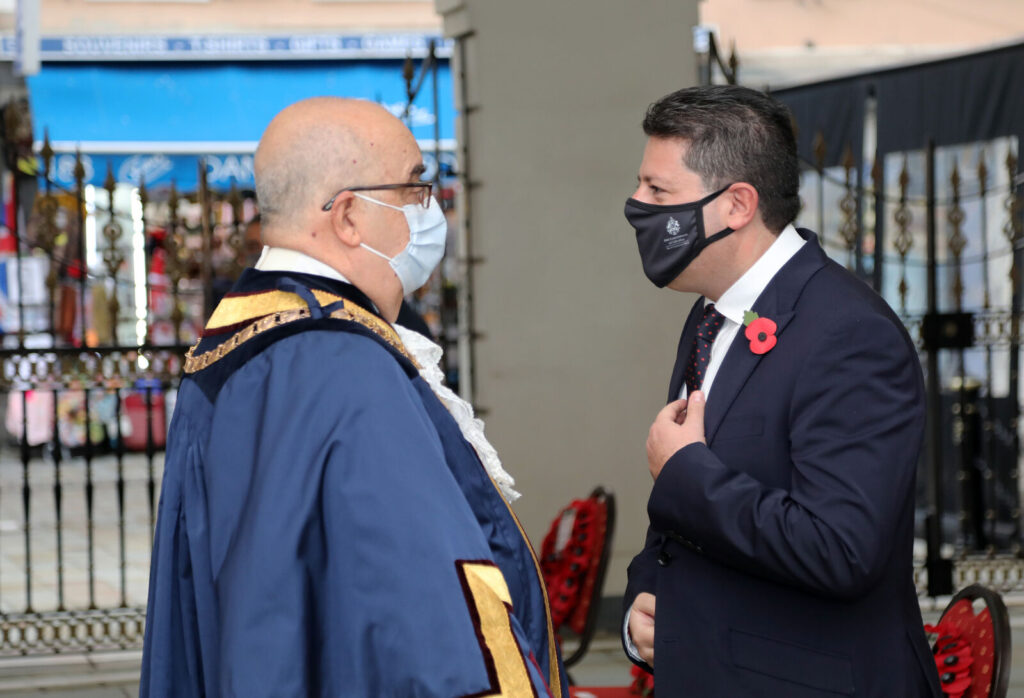